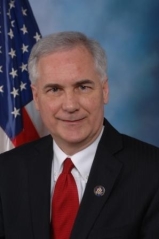 In his statement, Rep Tom McClintock (R-Granite Bay) compared members of the world’s fifth-largest religion to the Pilgrims who crossed the Atlantic Ocean on the Mayflower in 1620 “seeking a better future in a free land for their descendants.

“It is the very same story of pilgrims like Baba Vasakha Singh and Baba Jawala Singh Thathian who founded the Stockton Gurdwara Sahib a century ago, and all those who have followed since,” the statement said.

…His statement read Tuesday into the Congressional Record says there is “no religion more attuned to the principles of the American Declaration of Independence than the Sikh religion.”

Interestingly, Tom McClintock (a Republican) has a history of openly supporting Sikh Americans. In addition to personally attending the Stockton Gurdwara Sahib Centennial celebrations to offer his congratulations, he also made a lengthy statement in support of the Sikh American community after the shooting at the Gurdwara in Oak Creek, Wisconsin, in August.