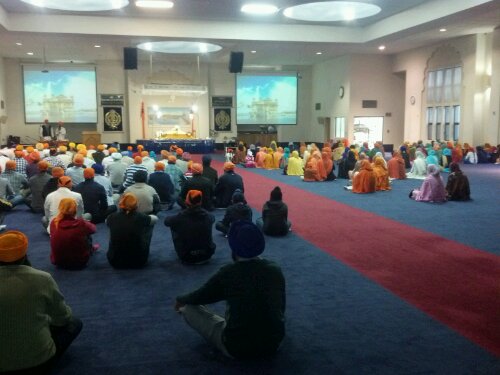 Sikhs gathered at my local Gurdwara to pray for Balwant Singh Rajoana and the two young Sikhs – Jaspal Singh (18) and Ranjit Singh (16) of Gurdaspur, Punjab – who were killed by Punjab police during protests against the death sentence of Rajoana.

MARCH 31 UPDATE: Reports are indicating that Ranjit Singh is still alive but is in critical condition in hospital. News reports coming out of Punjab have mysteriously become sporadic since the protests, however the blog The Langar Hall has been working diligently to provide us with updates.