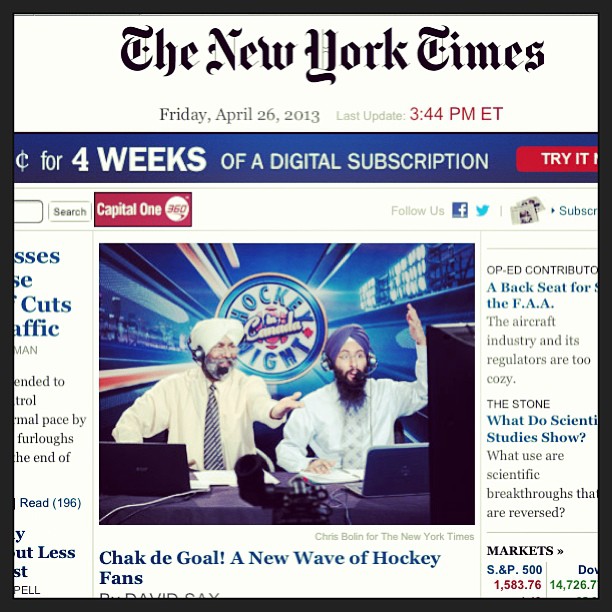 On their front page today, the New York Times reports about the Punjabi-language broadcast of ice hockey games in Canada by the CBC, the public national network and one of the major broadcasters of NHL hockey games. The Punjabi version is announced by two Sikhs — Harnarayan Singh and Bhola Chauhan:

Singh, 28, has developed a signature style tailored for his audience. A puck can be described as an “aloo tikki,” a potato pancake his mother makes especially well. When a team comes back in the second period with renewed energy, Singh might say what translates to “someone must have made them a good cup of chai in the intermission.” A player who celebrates after a big goal will “dance bhangra moves.”

The article also delves into ice hockey as a means of integrating communities in Canada.