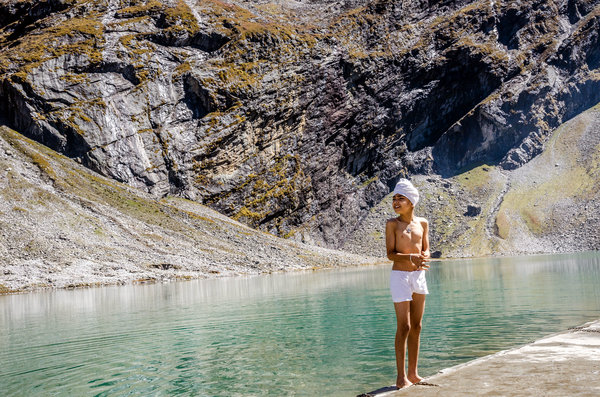 “A Sikh boy stands on the water’s edge [at Hemkund Sahib]. It’s estimated that upward of 150,000 people make it to Hemkund each year.” (Photo credit: Michael Benanav | The New York Times)

While it is not so uncommon to see Americans write about their first visit to Darbar Sahib (aka the Golden Temple) in Amritsar, India, a recent article in The New York Times by Michael Benanav describes his visit to Hemkund Sahib (a site associated with the tenth Guru, Guru Gobind Singh), a very different Gurdwara located at an altitude of 14,000 feet in the Himalayan mountain range near Tibet:

But even to a nonbeliever, the allure of a sacred lake high in the Himalayas was irresistible. And as someone with an abiding interest in the world’s religions, I hoped to get some insight into what it meant to the Sikh faithful to reach their holy place, especially after what had to be endured to get there.

Read more about his journey at The New York Times.