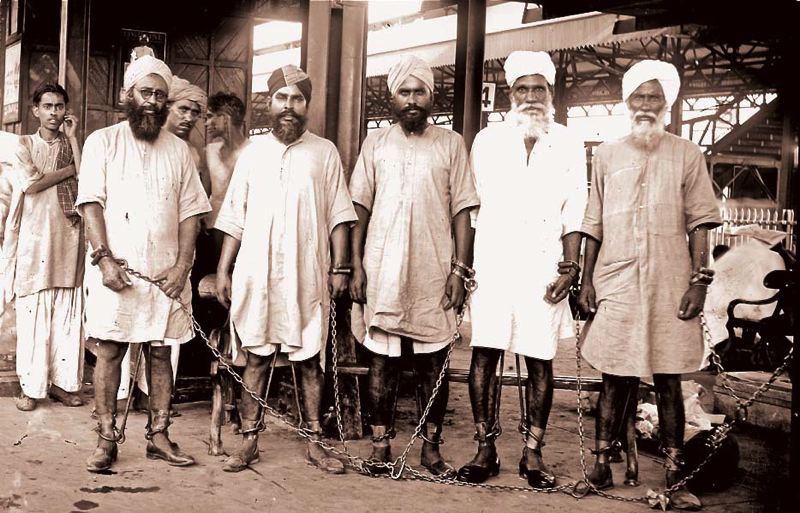 “Sohan Singh Bhakna, second from the right, was arrested and jailed for his role in the Ghadar Partys abortive revolt against British rule in India. The former St. Johns mill worker, a major organizer and leader of the party, is shown here in 1938 at Amritsar Railway Station.” (Photo: Kesar Singh, Courtesy of Amarjit Chandan Collection. Source: Portland Tribune)

An article in the Portland Tribune traces the origins of the Ghadar Party movement to Oregon after a group of laborers from Punjab demanded justice for the attacks upon their community by racists mobs in 1910. The movement sought to promote revolution in India from British rule:

Though there wound up being only one person convicted, the fight-back was a turning point for the Punjabi community here, Ogden says. New activist leaders emerged, including mill worker Sohan Singh Bhakna and labor contractor Kanshi Ram. The two men from St. Johns networked with Har Dyal, a Stanford professor who became the leading public face and voice of the movement, and with British Columbia activist and newspaper publisher G.D. Kumar. Kumar’s paper had called on the Sikhs in India to rise up against British rule.

While commonly associated with northern California, historian Johanna Ogden has documented the origin of the Ghadar Party to Oregon. Many of the members of the party were among the first Sikh settlers to the United States at the turn to the twentieth century, demonstrating the long history of activism by Sikh communities in the diaspora towards political and human rights issues in their motherland.

The City of Astoria, Oregon will be recognizing the centenary anniversary of the founding of the Ghadar Party in early October. Read more at the Portland Tribune.