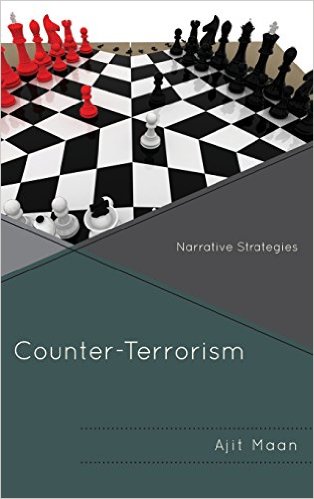 Recent terror attacks around the world, and in particular, the United States, have called into question what we mean by “terrorist,” whereby the label appears quickly applied to non-white perpetrators of mass violence. However, conversations around counter-terrorism, regardless of the source or cause, has not seen the same level of volume.

One interesting theory about counter-terrorism strategy has been posited by Dr. Ajit Kaur Mann (featured on this blog before) offering a non-violent approach with a level of depth and sophistication. This framework, based on Dr. Mann’s internarrative identity theory, involves the understanding of the construction of self-identity narratives as the key to understanding why individuals become radicalized:

Terrorist organizations, for example, manage to recruit through persuasion by attempting to reshape a person’s narrative and in turn their identity. Although someone may have had no previous tendencies for or affiliations with radical anarchism, they may become accustomed to the idea after their perspectives of themselves are altered. Dr. Maan uses this knowledge to combat these tactics and inhibit the expansion of these groups. Her recent book, Counter-Terrorism: Narrative Strategies, describes how identity and narrative influence behaviour, how terrorist recruiter’s use this to their advantage, and how this process can be deconstructed.

Whether we are dealing with terrorism reacting to geopolitical history in the Middle East, or that which is reacting to the dismantling of white supremacy in the United States, where we fail in counter-terrorism strategy is understanding it only as a punishment system, whereby violence becomes the answer to violence. However, in understanding the root processes and pathways to radicalization, Dr. Mann’s theory offers an approach that would certainly contribute to long term success.