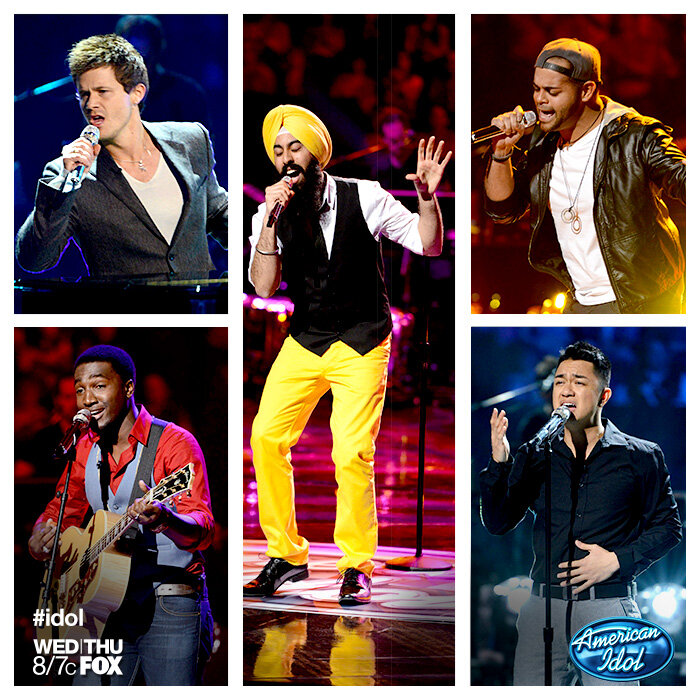 Last Friday, a friend and I were catching up with each other as we often do each week. We are a bit of an odd couple: he is a clean-shaven white man with no hair on his head, and I am a brown man with a turban, long hair, mustache and beard. Despite these differences, we have been good friends for almost eight years. During the course of our conversation, he shared with me one that he had with his nine-year-old son the night before.

“Sikh people are all really nice,” his son said as they watched Gurpreet Singh Sarin perform during the “sudden death” round on American Idol.

“They are,” my friend replied. “What’s sad is some people are scared of them.”

His son offered an explanation. “I think it might be because they wear turbans, so it might make people think of Osama.”

“Osama was a Muslim, so a lot of people are scared of Muslims too,” said my friend to his son in response. “But all the Muslims I’ve met are just as nice as the Sikhs I’ve met.”

When Gurpreet Singh Sarin auditioned for the nationally-televised singing competition, it would be the first time that a Sikh, particularly one who wears a turban and maintains uncut hair, would appear on the show with a significant national audience. As I wrote in January:

After 12 years, to see a turbaned and bearded Sikh on American Idol was ground-breaking for Sikh Americans. Granted, we are talking about a televised singing competition and not a run for the office of President of the United States, but this was certainly culturally significant.

For Sikh Americans, Gurpreet Singh Sarin’s appearance on American Idol was — and is — momentous. There was a reason why Sikhs across the country rallied in support:

That’s over 200,000 people in America who have almost no representation in popular culture. Which is why the people in [Texas resident Gurvendra Singh] Suri’s living room were so excited for Sarin, who came on stage in a bright yellow turban and matching pants, and seems to always be smiling.

Gurpreet Singh’s appearances brought into millions of living rooms an enthusiastic and talented Sikh American who defied stereotypes prevalent in our media and society about the people who look the way that this American Idol contestant does. As he qualified through Hollywood week, Gurpreet Singh’s big smile was apparent in every camera shot on the show, and it was hard not to smile myself at the positivity exuded by this young man.

Certainly, in relation to his appearance, there were aspects that did make me uncomfortable, such as judge Nicki Minaj referring to Gurpreet Singh as “Turb”, or by the bigotry directed towards him, especially on social media. However, I felt these aspects were bearable in the context of the greater impact of Gurpreet Singh’s appearance.  When my friend recounted the conversation above he had with his son, I saw first-hand the benefit to the Sikh American community, and the Muslim American community, that Gurpreet Singh’s appearance would have.

Gurpreet Singh was eliminated from the competition that Thursday night (in my mind, the judges were a bit unfair in their decision, though it’s common that these judges appear unfair). For his uplifting presence on the show, I wish to thank Gurpreet Singh Sarin for his appearance — not just as a singer, but also for representing his community in a way that we have not been able to before. And, while it wasn’t always perfect, we must also be appreciative to the producers of American Idol who (ahead of his last performance) allowed the opportunity for Gurpreet Singh to open his world to the televisions of America, and challenge the ignorance about Sikhs that is a plague on our community in this country:

However, I also have a second measure of appreciation for Gurpreet Singh that takes me to my own youth.

When I was a young teen, our class was given a new teacher who, on her first day, asked each of her students to write a short essay about ourselves. In the midst of my worst time in school in terms of being harassed and bullied, I wrote about my likes and my hobbies, but also about how I saw myself: the quiet kid in the corner who didn’t say much. That I saw myself this way was accurate, and intentional, and also a surprise for my father who read this essay before I handed it in.

As often one of the only Sikh children — if not the only one — in my school, I had spent the better part of my school years trying to avoid the attention of others. It was my defense mechanism: if people didn’t notice me, they couldn’t call me names in the halls, make comments about my turban, or try to pull it off. My strategy didn’t always work, but it was what I had in the circumstances. But, from this, I developed a very socially reserved nature. I avoided pursuing extra-curricular activities out of fear of harassment and developed a sense that I didn’t belong. I also developed an intense fear of public speaking. I simply went to school, stayed as quiet as I could, and returned home, where I felt truly comfortable.

Today, to see a proud young Sikh in his turban and beard unapologetically performing on a stage in front of millions on television is very heartwarming for me. While a child like my friend’s son learned a lesson about equality, I can only imagine that in one of the millions of family rooms in which American Idol was on television, a Sikh child was also watching (much like my friend’s nine-year-old) and learning a lesson of his or her own — now inspired to pursue his or her own dreams with feeling that a Sikh in this country has the ability and right to do so.

Finally, I wish Gurpreet Singh all the best as he pursues his musical career. He certainly has the talent, and so I hope that he continues forward undaunted. As Gurpreet Singh wrote on Twitter after his last appearance:

As the turbanator, I'm sure of this: 'I'll be back' 🙂 @americanidol #Singhers