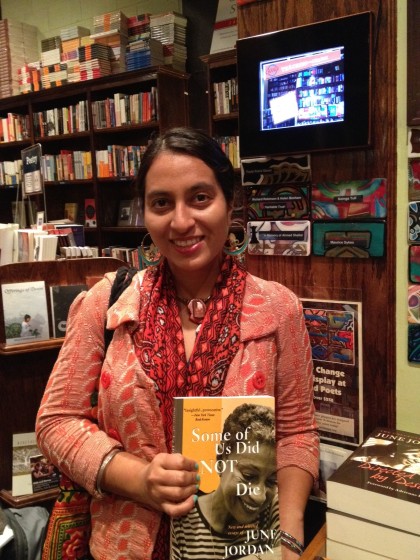 The Aerogram has followed up last week’s interview with writer Preeti Kaur (a talented writer from California) with a second installment in which she talks about the back-story of her poems “Letters Home” and “You Bring Out the Punjabi in Me,” the Oak Creek tragedy, and struggles of Sikh Americans:

It’s very fashionable amongst Sikh men these days to celebrate their turbans and flaunt their turbans as an accessory representing a resilient attitude (more power to them), to reverse the “post-9/11 gaze” and assert their personal humanity, but for young children, especially those growing up in the “West,” wearing a head covering is wrought with confusing complications. They are simultaneously juggling questions of who they are as people, who they are as small bodies, and who they are as bodies in forms that are presented different from their peers.

This second installment of the interview with Preeti Kaur is quite engaging in its honesty and depth. Read the full piece at The Aerogram.