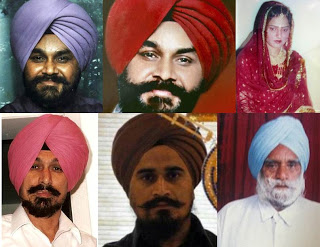 Victims of the attack on the Sikh Temple of Wisconsin in August 2012 (source: Twilight Language)

It is without any doubt that the most significant event for Sikh Americans during the year 2012 occurred on August 5, when a white supremacist entered the Sikh Temple of Wisconsin in Oak Creek, Wisconsin, on a Sunday morning and opened fire on worshippers who were preparing for the day’s services. Six Sikhs — Ranjit Singh, Sita Singh, Paramjit Kaur, Satwant Singh Kaleka, Prakash Singh and Suveg Singh Khattra — were killed. Among the several others injured included Punjab Singh, who now faces a challenging road of recovery ahead, and Oak Creek Police Department Lieutenant Brian Murphy, who took 15 bullets when he heroically engaged the madman in the Gurdwara’s parking lot and miraculously survived. 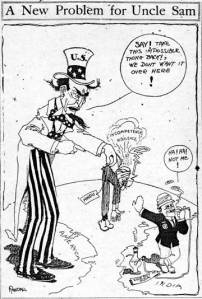 In addition to the immense grief experienced by the victims’ families and the Sikhs of Oak Creek, the Oak Creek shooting was a realization of the worst that Sikh Americans across the country could imagine. For a community that has been the target of racism and bigotry since our arrival in this country over a century ago, and particularly since 9/11, the constant stream of epithets, discrimination and acts of hate (the more prominent of which have been discussed on this blog) are persistent reminders of the marginalization of the Sikh and South Asian community.

Among some of the more significant hate crimes against Sikhs is the murder of Balbir Singh Sodhi in Mesa, Arizona, just days after 9/11. In 2011, two Sikh grandfathers were gunned down on the street in Sacramento, California, and with that case still unsolved, a racist of some prominence entered a Sikh place of worship in Oak Creek just over a year later and indiscriminately murdered six innocent Sikhs.

The shooting in Oak Creek was a watershed moment in our history as Sikhs in America. As I wrote two days after the shooting: “When I first started writing in this forum in October 2010, I couldn’t have foreseen that this ‘discussion about the Sikh American experience’ would someday be so monumental as it now has become.” And, as was written in an article in the Oak Creek Patch, “Oak Creek and the Sikh community are strangers no longer; they will forever be linked with each other.”

While many Americans would become more familiar with Sikhs in the days after Oak Creek, it became apparent that this was not the case before the shooting. As we would see, mainstream media outlets initially struggled to report on the story because of their lack of knowledge about Sikhs.  Despite the efforts by many Sikhs to purge the misconceptions about our physical identity and educate the public about who we are, it became clear that Sikh Americans were still a very unknown quantity in this country. In the chaos that followed the shooting, the immediate need for information was met with a gap that needed to be bridged between an ignorant media struggling to report on the tragedy and a Sikh community reeling from the mass murder of their own in their own house of worship:

I watched news anchors struggle in trying to report on a religious community they did not know. I saw Sikhs, stunned in the shock of this crime, unable to properly express to news reporters who we were as a people. Every question became an opportunity to hurriedly explain in too many words that we are not the enemy. Language barriers and a sense of urgency left reporters more confused.

…The tragedies of this shooting occur at many levels. Of primary importance are the victims, survivors and the heroic police officers that risked their lives to stop this madman. They are in my prayers. On another level, it is also a tragedy that it took a mass murder to bring the Sikh community and their plight into the national discussion. This is where we find ourselves today.

In the wake of the shooting, Sikh Americans were inspired by the resilience shown by the community in Oak Creek. The Sikh ethos of chardi kala, or a mindset of optimism and high spirits, took a new context as we watched Oak Creek’s Sikhs come to terms with the tragedy, but also turn around and rebuild, recover and inspire. Several of the surviving family members took on the cause of reducing hate in our society, and several would also become advocates in the issue of gun control (see videos by Amardeep Kaleka, Pardeep Kaleka, and Kamaljit Saini). Sikhs across the country made it a personal cause to educate their neighbors in the ways they could.

In the context of other mass shootings in this country over the past several years, gun violence became a larger topic of discussion, particularly after the tragedy in Newtown, Connecticut late in 2012. Gun control and mental health issues were the dominant themes, but in the post-Oak Creek cathartic wave by Sikh Americans to attempt to dispel ignorance and to demonstrate that we are not the enemy, the focus turned towards the victims rather than on the perpetrators:

We’ve got problems if the first reaction to the news of the shooting was, “Who are Sikhs?” The first is that our educational system has not done its job in teaching about Sikhism.

More importantly, it’s the wrong question to ask. We have not dissected the victims of the Aurora, Colo., movie theater shooting, and why they like Batman films.

We are focused on the relevant question — who is the shooter, and what was his motivation. We’re breathlessly analyzing the color of his hair. We’re asking the hard question: Could law enforcement have done something to prevent the shooting?

One aspect was often left unaddressed: the roles of hate speech and the white supremacist movement that often celebrates such acts of violence towards specific communities in America. Not often talked about was the fermentation of hate generated by hate speech and the white supremacist movement from which Wade Michael Page would emerge to commit his act of violence against Sikhs in Oak Creek. 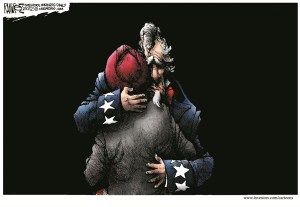 In the wake of the murders in Oak Creek, there was a broad outpouring of support. Statements by politicians and resolutions in the US Congress and in state legislatures would condemn the attack. While neither political leader at the time — President Barack Obama nor Republican candidate for President Mitt Romney — would visit Oak Creek, various officials within federal agencies would, and First Lady Michelle Obama would also visit Oak Creek to meet with the families. In August, for the first time, a Sikh American was invited to provide an invocation at the Republican National Convention.

In September, Senator Dick Durbin from Illinois convened a Senate Hearing called “Hate Crimes and the Threat of Domestic Extremism” in which various government law enforcement agencies and experts testified about the state of hate crimes and domestic terrorism in the United States. The most powerful testimony was given by one of the sons of Oak Creek victim Paramjit Kaur, Harpreet Singh Saini. In my comments about the hearing, I said at the time:

Adding to that significance is the brave testimony of a young Sikh who lost his mother only a few weeks before. Harpreet Singh’s testimony was by far the most salient and still echoes in my mind.  I cannot do his words justice here and encourage any to read, or better, watch and listen (at the 55 minute mark) to his testimony in full. His words were powerful, heart-breaking, and touching.

The hearing brought to light the lack of focus and resources dedicated to addressing domestic terrorist and hate groups in the United States — particularly those that pose a threat to many of America’s minorities. The hearing also renewed calls for the FBI to track and report hate crimes against Sikh Americans. Despite a two year campaign on this issue, and despite continued requests by victims, politicians, law enforcement officials, and advocacy groups, action by the FBI continues to be delayed.  And, since that hearing, we have not yet seen any discussion (let alone change) in how government or law enforcement will address hate crimes or the white supremacy movement.

Indeed, when the FBI closed its investigation into Oak Creek in November, the mass murder was treated as an isolated case and disconnected from the white supremacy movement, and despite the persistence of white supremacist groups, the FBI asserted that there was no continued threat to the Sikh community:

Teresa Carlson, special-agent-in-charge of the FBI’s Milwaukee office, issued a four-paragraph statement saying the agency had concluded its investigation into the Aug. 5 incident and found no evidence to suggest shooter Wade Michael Page had any help or was carrying out any directive from any white-supremacist group. Investigators also found nothing to suggest the attack was part of any ongoing threat to the Sikh community.

The FBI’s conclusion was counter-intuitive, considering Wade Michael Page’s long history in the white supremacist movement and the pattern of how those within the movement perpetrate their acts of violence against innocent Americans. With the white supremacist movement left undiscussed and untouched, the Sikh American and broader South Asian American community are left without any sense that such a crime will not happen again:

The FBI’s conclusion does not bring any closure. In the wake of Oak Creek, the specter of a growing white supremacist movement has not been adequately addressed by the media, policy makers, nor law enforcement agencies.  This frames the issue of hate crimes against Sikhs as something almost incidentally perpetrated by independent murderers, and the stalling by the FBI to accurately and consistently report anti-Sikh and other hate crimes as well as link it to domestic terrorism reinforces the sense that the white supremacy movement is something federal, state and local government are not taking seriously or prioritizing. Historically, the white supremacist movement at-large has perpetrated heinous crimes fueled by hate and bias often in the guise of a member gone rogue as we saw in Oak Creek in August 2012.

Today, the Sikh American community finds itself in a very different position after Oak Creek than it did before. Sikhs across the country have become cognizant of the need to continue to reach out to our neighbors and to the media to help combat the ignorance that persists about us directly related to who Sikhs are and about what our physical identity represents. Yet, we also know that for some in this country, it does not matter what we look like. It is enough to condemn Sikhs and other minorities because we are “different”.

This is the greatest challenge — to reach out to those who seek to do harm because we do not fit a certain ethnic template, and have law enforcement be an ally in addressing those who perpetrate acts of hate and discrimination against us and other Americans. In the wake of Oak Creek, we are not freed from the sense that our safety is compromised by those who lurk in dark shadows waiting to strike. As such, we cannot be assured of our rightful place in this country.

The full archive of this blog’s posts related to the Oak Creek, Wisconsin, massacre is available here.