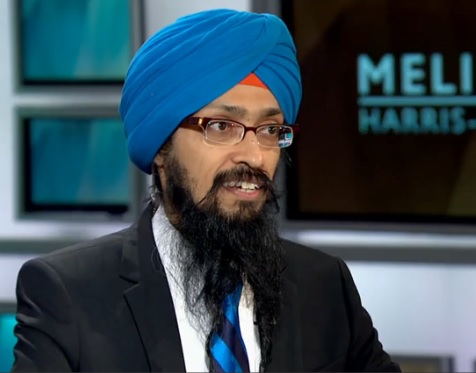 After his appearance as the Sikh Captain America on Totally Biased with W. Kamau Bell last month, cartoonist Vishavjit Singh (of sikhtoons.com)  speaks to MSNBC’s Melissa Harris-Perry about donning the superhero’s costume in New York.

I had the pleasure of meeting Vishavjit Singh in person at the SikhLens Film Festival in Southern California a couple of weeks ago. He is a very insightful and well-spoken representative for our community.